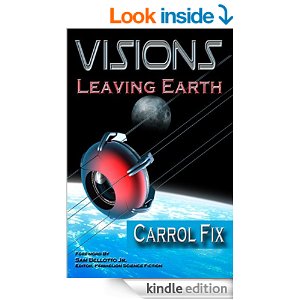 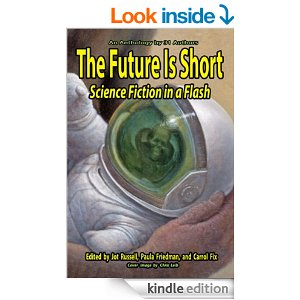 Tell my fans a little bit about yourself and your book(s).

My name is Jon Ricson, and I write books and stories in several different genres, but mainly science fiction and also humorous detective. Why these two disparate genres? No idea. I’ve written about two characters for almost 40 years. My first full length book “Interludes of Evil” will be coming out by Christmas, and it’s a collection of short stories based on my smart aleck detective character Filton Sibley. All the shorts are part of one greater mystery and tied together by short interludes of the mysterious evil genius behind it all. My first full science fiction book is called “Constant” and it is a near future sci-fi novel based on an Interplanetary Cop named Peter Poole who discovers he can travel in time and space…much to his chagrin.

How would you introduce your book to someone that has yet to read it?

Filton Sibley is pure action and humor, with an emphasis on the humor. I imagine this stuff for guys who like to laugh, see bad guys get caught, and live out their lives through a character who lives life free and fierce in Chicago, one of the greatest American cities.

My science fiction is for sci-fi freaks like me who like near future adventure with a look into next step tech, and what life could be like in the next 100 years.

How many books have you written? What are their titles?

“Constant.” Full Novel. Available Spring 2015. (The original short story that this was based on was published in Dec, 2013 on InfectiveInk.com)

“The End of the Line”. Future Filton Sibley Novel that happens right after this book, much of it is already written. Probably a few years off.

“The Future is Short” Anthology, Various Editors, 2014. My entries are “The Duplicate Goodbye” and “Under the Slaveways”.

Many other short stories for Science Fiction Microstory Contest on LinkedIN.

What genre have you not yet written, but would like to try?

I have a Steampunk series planned, and am formulating the characters and storylines. It deals ties time travel to another one of my passions, and will tie in universe wise to my near future novels.

I also have some young adult novels planned. One featuring my detective as a teen solving mysteries, and also two adventurous brothers who are characters I made up with a friend when we were young.

What inspired you to start writing? What age did you start?

I started writing when I was around ten, but was always creating, including drawing, writing songs, and building things to add to my toys. I was also a great fan of the pretend worlds of G.I. Joe, Fisher Price, Army Men, and any super hero toy I could get my hand on.

What inspired me the most though was a ledger book I found of my Dad’s that he has written plays and stories when he was young in the 40’s. It made me want to write and I added my stories and plays/musicals to the pages. I still have and cherish that old book.

What do you enjoy doing when you’re not writing?

I also am a pretty serious composer and producer (which is actually my main living). So you can imagine there are scores for all of the books and stories. 😉

What advice would you give to an aspiring author?

Just write. Be brave enough to keep working on it. Get your stories out. Show them to people better than you. Read books about writing. Read magazines about writing. Go to conferences. There is no substitute for doing, learning, and doing some more. For life. The end.

What’s your favorite scene/line from your works?

There’s scene I love from one of the stories of “Interludes of Evil” where he is trying help a lady named Judy, and they are directed to deliver a mysterious paper bag to a clown on Chicago’s Navy Pier. Calamity and a chase ensues of course.

“Hey, get back here, you clown!” I yelled. I began to run after him with Judy in hot pursuit. He was fast, but I had on my new cross trainers I had bought for that spin class with all the babes at the Y, and as luck would have it, they were excellent for chasing bad guys through the streets of Chicago. Plus, he had great big floppy shoes on, so he wasn’t hard to catch. I tackled him amidst a group of tourists taking pictures of the lake. They weren’t pleased.

What’s the hardest thing about writing? The easiest?

The hardest thing is keeping at it, especially when you know you have numbers you need to achieve. Novels that you may want to try to get publishing for need 80,000 words or more. For a short story guy like me, that’s a big number. Also, it takes real vision and focus to get through draft after draft, then edit after edit.

The easiest for me, is just writing. If I sit down in a quiet place with a keyboard in front of me, it’s not that hard to just put out what is in my head. Freestyle is best, with editing and focus later.

What are you currently reading?

I read a lot. In my morning devotion/quiet time passages from-

The Daily Book of Classical Music

The War of Art – Steven Pressfield

What are you currently working on?

Two novels, one non-fiction creativity book. And you don’t even want to know how many music projects.

What books did you read as a child?

What genre is your favorite to read?

Probably Sci-fi. But also non-fiction for business and creativity.

How has your life changed since you began writing?

Well, it’s something I’ve pretty much always done. Lately, getting more nice things said about my writing has been cool. And blogging is pretty good for business.

Do you listen to music while you write?

Yeah I have a playlist of instrumental jazz and classical, and some electronic that is nice. But also like very late at night when it’s quiet.

What’s been your favorite moment as an author?

Probably when someone writes to say that something I wrote really affected them.

Out of all of your characters, who is your favorite?

Filton. He’s the me I probably think I am.

What do you want readers to take away from your books?

You’re stranded on a desert island. What books do you take with you?

Eon by Greg Bear. Jumper by Steven Gould. The Light of Other Days by Arthur C. Clarke/Stephen Baxter. A bunch of Star Trek and Star Wars books I haven’t read (there are hundreds). Also all of Heinlein, Clarke, and Asimov since I haven’t really read much of them and know I should.

Do you have any interesting dreams or goals?

I’d like to get every book, story, song, and album out of me and into online stores before I die. Just so it’s out there and can be found. That’s it.

Where do you see yourself in five years?

Still doing what I do now, with a few more figurative and physical wrinkles.

If someone wrote a biography about you, what do you think the title should be?